Professor Adam Zertal (1936-2015) was an Israeli Professor of Archaeology at the University of Haifa. He is recognized for discovering Joshua’s (stone) Altar—which Moses commanded the Israelites to build atop Mount Ebal to worship the LORD (Joshua 8). The site is also where the tribes carried out the ceremony of the Blessings and the Curses (Deuteronomy 27-28). Zertal clearly summarizes the long process of his discovery and excavation of the Altar site. He clearly explains his rationale and analysis of the data concerning the truth of a literal entry of the Israelites into the Land of Canaan; the birth of Ancient Israel and the subsequent development of the new nation. A Nation Born is a compelling saga covering more than two decades of Professor Zertal’s life and work in the Heartland of Israel—Judea and Samaria. This is as much a professional record as it is a personal memoir of his adventures and discoveries, including triumphs and challenges.

Zertal’s compelling account of his discovery of Joshua’s Altar and more . . .

exploring the very Heartland of Israel—Judea and Samaria! 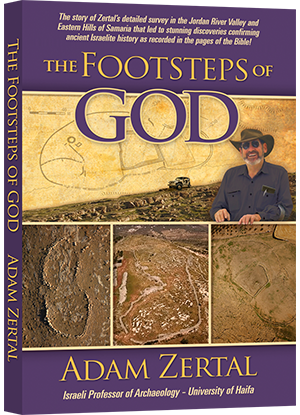 THE FOOTSTEPS OF GOD by PROFESSOR ADAM ZERTAL

he Footsteps of God is an excellent, accessible book with fresh information that will probably surprise you. When Professor Adam Zertal began surveying the Jordan Valley and the hills of Samaria, he decided to come without preconceptions—to simply document what was there. The "empty slate" method proved best because he did not go out “seeking biblical places.” Zertal and his team discovered puzzling ancient sites with absolutely no parallels in the region. What were these mysterious structures? After gathering all of the survey information, and as part of his analysis, Zertal did choose to leverage the Bible to aid in his interpretation of these peculiar monuments. Remarkably his team had found (both in the Jordan Valley and up in the hills of Samaria) what he reasoned were early iron age “gilgal” sites; semi-circular structures with a "footstep-like" outline. This book records how Zertal's scientific approach proved to be critical in identifying and understanding these locations, as well as the ancient Israelite customs and worship associated with them. The Footsteps of God also includes terminology connecting modern Jewish traditions with these sites! 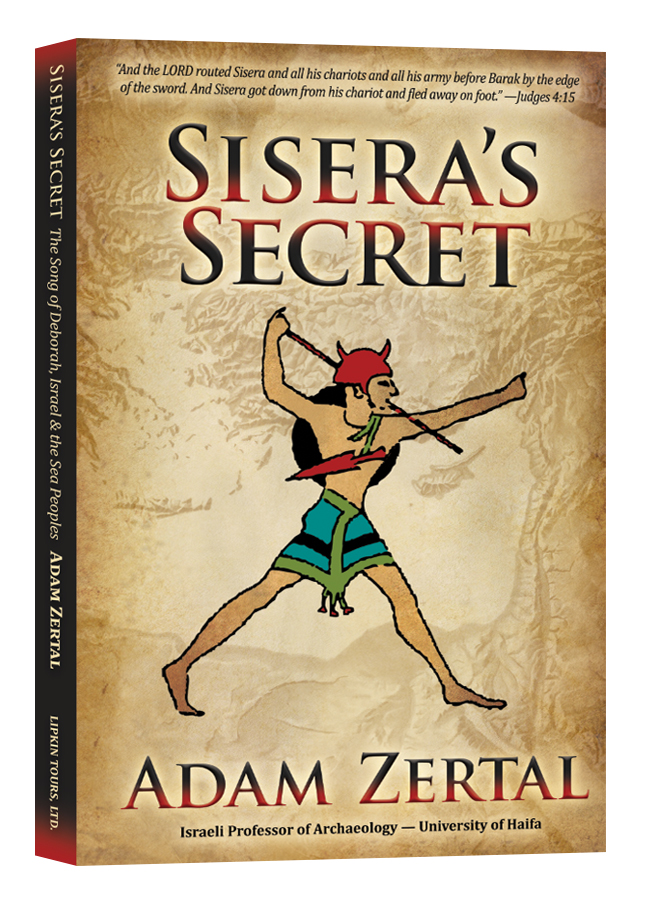 What is the real story behind the Song of Deborah?

Who was the "Lost Tribe"?

A large previously unknown city, el-Ahwat was discovered in a dense thicket in Israel in 1992.
Although it was founded in Canaan during the period of the Israelite settlement, 3,200 years ago,
its unique structures are foreign to the cultures of the Middle East of that period.
Who were its mysterious inhabitants?
Where did they come from?
Why did they suddenly abandon the city, which they had built at great expense and effort?

Sisera's Secret is a fascinating historical-archaeological journey which attempts to solve these mysteries.
It takes us to ancient Egypt and Syria, and to modern Sardinia and Corsica.

The Tribes of Israel clash  with the Sea Peoples, ancient empires collapse, and a“Lost Tribe “,

the Shardana, appears in theregion. Their warriors, wearing horned helmets, illuminate one of the important

events in the history of  the  People of Israel: the battle of the prophetess Deborah and Barak
the son of Avinoam against Sisera and his chariots.

Adam Zertal, the well-known Israeli archaeologist, tells the story of one of the most interesting scientific discoveries
of our generation in clear and understandable terms, and exposes hidden layers in the history of the Land  of Israel.